About » Blog » 5 Common Tactics Hackers Use to Target Businesses
June 26, 2018 by dsparks 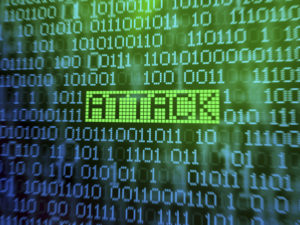 Companies have lots of information to store, especially if they handle their business through online sales. This means credit card data, consumer history, purchase logs, and all sorts of valuable intel is ripe for theft by malicious third parties.

Of course, it’s not always related to sales. Any time there’s information worth stealing, a hacker is likely looking to take it. As a result, it pays to be prepared and understand what methods they use. For your benefit, we’ve put together a list of five common tactics hackers employ.

1. Phishing scams. The simplest way to bypass security is to trick someone into letting you in. Hackers will do so by sending users phishing emails, which are usually disguised as legitimate messages from a company or a friend. Inside the email is usually a link. Once clicked on, either the link tries to harvest information from the user, or the user is asked to input a login for one of their accounts.

Take extra care and watch out for any email that tries to disguise itself as official and then proceeds to ask you for login info. Be sure to check the sender’s address and look for other telltale signs of a scam.

2. False WAP. If a business utilizes a BYOD policy, this opens the door to a dangerous hacking method. Fake wireless access points (WAPs) used in public places can trick users into signing into the “network” while a hacker steals information scoured from those using it. They’re most common in public places, so it’s best to have a strict remote endpoint security policy in place to counter it.

3. Filename delivery. Again, hackers often rely on human error to succeed. This is especially apparent with tricky filenames, where a file is given a specific title to encourage users to click on it. Once opened, it’s likely the file was an executable that carries out a malicious process.

4. Switch processes. Back in the early days of anti-virus software, hackers would release “dummy” versions of these supposedly helpful programs, claiming a person’s computer was infected. Upon running the program, it actually installed malicious hardware.

The same method is still employed today, although with different software. Essentially, official looking programs are run and then switch their process to a malicious purpose, usually installing malware. Always make sure programs downloaded for work are actually well reviewed and safe.

5. Direct Denial of Service (DDoS). A DDoS is unlike the others in the list because it’s not exactly subtle. It’s an outright attack to stop a company’s website from functioning altogether. This is done by overloading the target’s servers with traffic to the point none of the online resources are usable anymore. This causes a loss of service, availability, and a few other frustrating problems.

These are harder to deal with, as they require server maintenance and identification of the processes overloading servers. They are, however, usually temporary, and can be handled with the proper resources.

Many other attack types exist out there as well, so it pays to be vigilant. Among them, though, these five are some of the most common hacking techniques used against businesses.