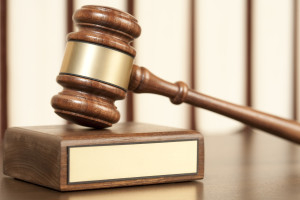 Alex Kibkalo, a former Microsoft employee and director of product management, was arrested last Wednesday for allegedly leaking pre-release Windows RT software. This software is a tablet-specific operating system, which Kibkalo is accused of providing to a French blogger months before its official release. As reported by Reuters, Kibkalo also gave the same blogger information regarding Activation Server SDK, which is a software development kit. This information provides an internal-only code that is used to activate product keys, which is Microsoft’s primary anti-piracy technology.

FBI Special Agent Armando Ramirez said in court, “The sample code in Kibkalo’s accounts was the same sample code that the Microsoft source received from the blogger, prompting Microsoft’s investigation.”

Microsoft had previously investigated reports about Kibkalo, and fired him in September 2012 after he allegedly admitted to leaking information to the same blogger.  However, after uncovering instant messages between Kibkalo and the blogger, Microsoft has reason to believe that Kibkalo also leaked information regarding the Activation Server SDK.

An FBI Agent who was part of the investigation has reported that Kibkalo has relocated to Russia and is working for another U.S.-based technology company.