Nanotechnology in Our World 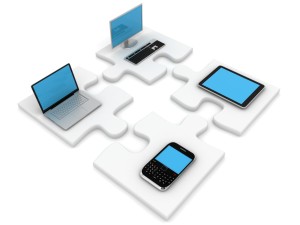 You hear the term “nanotechnology,” and what do you think of? Sci-fi, maybe robots, something along those lines? In reality, nanotechnology is making life less difficult for everyone. At its core, nanotechnology is the science of dealing with matter on an atomic and molecular scale. The hope is that scientists can use nanotechnology to produce new materials and products that boast an array of purposes.

The practical side of nanotechnology

As an example, Science Daily ran a feature story about scientists creating a method to use nanotechnology to lessen the amount of friction in car engines and machines. If this technology becomes commonplace, it can help prolong the lives of machines and engines and enable them to operate more proficiently. According to the Science Daily story, a team of scientists produced tiny polymer particles that were distributed in automobile engine base oils. When tested under conditions that simulated those found in car engines, these tiny particles were found to have an amazing capacity to minimize friction.

Even when dispersed at low concentrations they reduced friction considerably, much more so then the friction additives currently being used in many industries today. How much more do they lessen friction? By about 55 percent more! Nanotechnology is a growing industry so expect more findings like this. In fact it is growing so quickly that the United States recently released a national strategy to be certain that environmental, health, and safety research needs are addressed in the field.

The emerging world of nanotechnology