About » Blog » ‘Smart’ Umbrellas Collect Rain Data for the Cloud
June 26, 2018 by Administrator 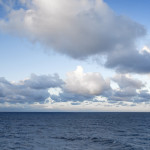 Dr. Rolf Hut, from Delft University of Technology, introduced his idea to create sensors for umbrellas to better predict the weather. The sensor, located underneath the umbrella, gauges the vibrations caused by falling raindrops and sends the information via Bluetooth to a computer.

Dr. Hut believes the new ‘smart’ umbrellas will help predict flooding and decrease damage due to inclement weather. With government warnings about the increase of intense weather conditions due to global warming, ‘smart’ umbrellas could assist warning systems. Currently there are radars and satellites, but those methods aren’t as accurate as collecting data directly from the Earth’s surface. Although more accurate, ground gauges are more expensive to maintain and as a result aren’t used as often.

“Therefore, agencies are reducing the number, and that’s a problem for people who do operational water management or do research into hydrology because they don’t have the access to the data they used to,” Dr.Hut told BBC News.

He also hopes that eventually all umbrellas will contain these sensors. This type of data collecting will provide real-time information for meteorological agencies, and will even improve urban hydrology.

Along with the ‘smart’ umbrellas, some companies are looking into other forms of data collection affiliated with rain patterns. An example is automatic wipers for cars, which sense rain and adjust the wipers’ speed to match the amount of rainfall.

Thomas Bogdan, president of the University Corporation for Atmospheric Research in Colorado, said that this kind of crowdsourcing is one of the exciting new advances for data collecting.

“Data is of huge value to us and rather than [immediately] deploying new [weather] sensor systems, we should bring in this almost free source of information about changing weather conditions,” he said.

It is unclear when and if the smart umbrellas will be available for consumers in the near future.