Will We Eventually Say Goodbye to the Mouse? 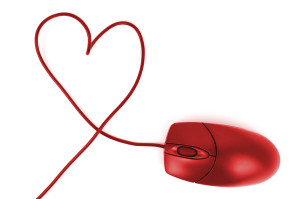 Mouse-free computing is something we’ve just begun to taste. We have touchscreens on many devices including tablets, phones, and e-readers. These let us access the Internet; send texts, and emails all without a mouse. Is this the shape of things to come? Can we eventually leave the mouse in the dust and start mastering more advanced ways of communicating with our computers?

Consumers who own Wii or PlayStation video game systems have already got a sense of this. Both of these game systems offer users the opportunity to play games and explore the internet through wireless remotes that synch with body movements. Wii players can smack a tennis ball by swinging their hands when they hold a wireless remote. They are able to jog in place, climb a virtual mountain, or shoot menacing robots in a similar manner. This is called gesture sensing. The tech isn’t quite ready for standard computing yet. However, it isn’t difficult to imagine a future in which gesture sensing becomes one of the primary modes of interacting with our computers.

Multi-touch technology is another interactive innovation that is being used in some common devices, namely, tablets, e-readers, and smartphones. This technology allows users to tap icons to open program, pinch or extend their fingers to zoom or minimize the pictures on their screens. Because this is a fairly new technology it is still being refined. How do you think this will be utilized in the future to allow us easier navigation around our computers?

Another possible technological advancement that could replace the mouse involves voice recognition. Instead of clicking on a mouse button to open a program, users can merely tell their computers to open a particular word file or close iTunes. Some of this already exists, most notable is Dragon NaturallySpeaking, which allows users to dictate reports and stories to their word-processing programs. Again, the tech still needs refinement, but a future where we talk to our computers isn’t all that far-fetched.

While there are lots of ways computing can be improved through hands free navigation technologies. It’s likely we will not see the tried and true mouse disappear for years.