About » Blog » 5 Months Until Microsoft Windows 7 and Windows Server 2008 End of Support. Have You Upgraded Yet?
August 7, 2019 by dsparks

5 Months Until Microsoft Windows 7 and Windows Server 2008 End of Support. Have You Upgraded Yet? 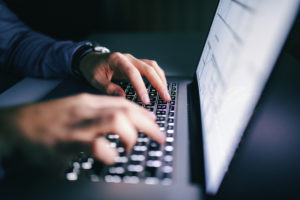 ay have heard or recently noticed an on-screen reminder about Microsoft ending support to Windows 7 and Office 10 on January 14, 2020. Despite the pending end of support, NetMarketShare’s statistics showed 36.43 percent are still using Windows 7 OS. If your business is part of this statistic, then you should understand your options and decide what to do before January 14, 2020. Knowing the timelines and options will help keep your business running without interruptions or with an increased risk of cyberattack.

What Does End of Support Mean and What Are the Reasons to Update?

End of support is exactly what the name implies – the support of your PC has ended. You will no longer receive technical support, software updates or security updates.

While you can still be able to use an unsupported OS and software, there are significant security risks associated with running a system that won’t be patched or updated. Hackers are constantly working to penetrate networks and systems, but it seems that older and end-of-support systems are specifically targeted due to the lack of updates and patches.

Recently, Microsoft and the U.S. Department of Homeland Security Cybersecurity and Infrastructure Security Agency (CISA) issued a critical warning for out-of-support systems (Windows 2003 and Windows XP) and unpatched in-support systems (Windows 7, Windows Server R2 and Windows Server 2008) from a BlueKeep vulnerability. This allowed for the exploit to get remote access across a network. A simple update fixed it, but this vulnerability could have been prevented if systems were updated before the end of support.

Next steps for SMBs:

Now that you understand your options and impacts the updating or not can have on your business, these are the next steps

If you decide to upgrade the software to Windows 10 and Microsoft 365, your devices will need to meet these minimum requirements recommended by Microsoft:

You can find the additional requirements necessary for features within Windows 10 here.

If you are having trouble deciding whether to update your systems or not, our experts at Stratosphere Networks to help you come up with a strategy moving forward for your business. As a Microsoft Partner, we are well-versed migrations to Windows 10 and Office 365. Call us before January 14 at 877-599-3999 or email sales@stratospherenetworks.com.