About » Blog » The Benefits of Meraki: 5 Reasons to Consider Cisco Meraki Cloud Networking
March 30, 2021by dsparks 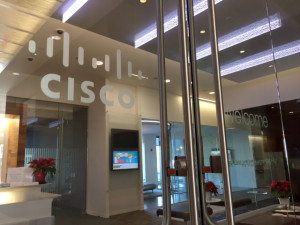 On December 4, Stratosphere Networks and Cisco Meraki hosted a lunch ‘n learn event at the Cisco Experience Center in Rosemont, Illinois to demonstrate the features and benefits of the Meraki platform.

Meraki was created for cloud networking and has a cloud managed product family including wireless LAN, security appliances, Ethernet switches, and mobile device management. Cisco Systems Inc. – the worldwide leader in networking for the Internet – acquired Meraki in 2012 and subsequently formed Cisco’s Cloud Networking Group. Meraki is currently investing in R&D to fuel the next generation of cloud networking solutions.

Overall, cloud networking offers a number of advantages, which also include lower total cost of ownership and greater reliability. To learn more about the benefits of Meraki products, contact Stratosphere Networks today by calling 877-599-3999 or emailing Sales@StratosphereNetworks.com.