5 Things to Know About Fiber Internet 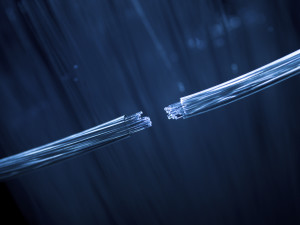 The Internet has brought the world together with accessible information like never before. Virtually anything can be found with the click of a button. A history page, a street view of a city, images of different planets, exchanges of ideas, and so on. This is made possible nowadays because of the Internet’s speed, which has rocketed since its first days of dial-up and DSL. It’s now possible to download gigantic GB sized files in no time or upload important documents in seconds thanks to net speed.

But things are only getting faster. On the rise is something called fiber internet, which you may have heard in conjunction with Google. If you haven’t, though, here are 5 big things to know about the potential of fiber-based connections.

1. The speed increase will be monumental. Currently, affordable fast Internet connections will reach speeds between 6.0 to 30 Mbps (megabits per second). If you have a wireless internet service, 6.0 Mbps translates to about 970 kilobytes, so you’re almost downloading 1 megabyte per second. Putting that in perspective, if you need to download a 5MB file, it’ll take you about 4-5 seconds.

Having made that distinction, fiber Internet runs on gigabits. The speed at which you’ll be downloading, uploading, and surfing the Web will increase to obscene bit rates. Potentially, with gigabit connections, you could be downloading 100MB+ sized files in seconds.

2. Availability is increasing. Gigabit connections were available before but generally only with hefty contract terms and high monthly bills. Not to mention, the geographic area was a determining factor. Rural parts of the United States wouldn’t begin to see something like fiber net in their town. However, that’s rapidly changing today with vendors like Google swiftly making their net more widely available. Once the trend shows some success, there’s bound to be more access for interested parties.

3. No longer a copper connection. Today, modern DSL and cable options generally transfer data via copper-based wire connections. With fiber, however, a super-thin glass set of wires connect together and instead transfer information via light. This makes them much safer and less prone to interference since glass does not conduct electricity.

4. It brings new economy options. Such a superfast service will mean the entire business world will have a host of new tools to operate with when using fiber net. Cloud computing will accelerate, files can be shared faster, new businesses can operate on file creation based on speed alone, etc. With options increasing for everyone, it’s predicted widespread fiber-based net will benefit the economy.

5. A new generation can use it. Lastly, new generations (millennials) are more tech savvy than others. An entire host of young people will adapt and utilize fiber internet to the fullest of its capabilities. This means good things, not just for personal entertainment but for the job market as well. Those who can make full use of a powerful net will truly showcase its greatest strengths.