About » Blog » Computer Infected with Malware? Here’s How to Handle It
June 26, 2018 by dsparks

Computer Infected with Malware? Here’s How to Handle It 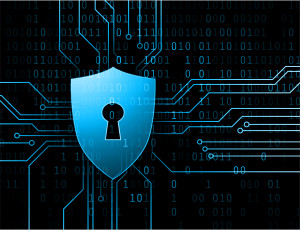 Nobody likes the idea of malware. Since the dawning days of advanced personal computers, security has been somewhat of a back and forth issue. Even with all the impressive modernizations of today, a complex computer can be brought to uselessness thanks in part to strings of malicious code. Malware, as it’s commonly referred to, can be frightening as you see your entire computer system seemingly go up in smoke. Try not to worry. Despite its dangers, there are ways to handle malware and steps to take to protect personal data.

If any solid advice should be echoed, it’s have anti-virus software installed. This is the first and most basic defense against any kind of intrusion. Numerous legitimate and free types of anti-virus software exist, like Avast or Windows Defender. Scanning your system routinely can catch new intrusions while keeping you safe from future infections. In this day and age it’s mandatory. Otherwise your PC can be compromised quickly.

However, anti-virus alone isn’t a guaranteed way to keep you free from viruses. Sometimes, a system gets infected regardless, and this is where things get tricky. If you have malware but your program can’t detect or remove it, further steps are required.
Understanding the nature of the infection helps. Sometimes, the PC is still operable, meaning you can research the problem while the PC is infected. Support forums are great for honing in on particular issues, since they can be quite unique. Before doing anything else though, always back up important files, as viruses can get progressively worse to ultimately result in entire loss of data.

Assuming you were fortunate enough to create backups, getting rid of sneaky malware may require going into safe mode. Most operating systems allow for this by pressing the F8 key at boot screen, and from the BIOS you’ll have an option to boot in Safe Mode. This mode essentially runs the PC with bare bones features, stopping auto run programs at startup. From here, doing another thorough scan is typically an efficient way to de-infest a PC. During this time, it’s a good idea to be disconnected from the Internet to prevent any further complications.

If at this point the malware seems unwilling to budge, you can attempt to utilize programs like MalwareBytes to focus in on very specific malware generated problems. It’s not guaranteed to work, but it can catch what broad anti-virus programs don’t pick up.
If you’re still having issues, the problem could be more complex. Malware ingrained at this point either needs to be bypassed using a “rescue disk,” which is an anti-virus program that boots from a CD instead of the OS, or removed by basically formatting the hard drive. The rescue disk is a niche, last ditch effort, and an HDD format is essentially a nuke. If you perform the latter, take extensive care to back up the essentials, as you’ll be starting from square one.

Fortunately, most people can avoid the most extreme steps, and its usually only dangerous executables run mistakenly that can totally compromise a PC. If you do get a computer virus, don’t panic, as it’s a typical experience for most people with various practical solutions to get things in order.