About » Blog » Always Connected: How the Internet of Things is Changing Communication
June 26, 2018 by Administrator

Always Connected: How the Internet of Things is Changing Communication 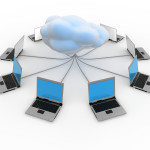 The Internet of Things (IoT) has become an increasingly popular topic in the tech world. But what exactly does it mean for the future of the Internet and consumer products?

As we know, people have been connecting to one another faster and faster since the introduction of the Internet. Mobile phones with data capabilities and Wi-Fi connections have increased this process even more rapidly. Now, with the introduction of wearable technology like smart watches, it’s predicted that we’ll be more connected than ever before.

As the IoT expands, the idea is to connect all devices to the Internet and keep people connected 24/7/365. As Chet Pipkin, CEO and founder of Belkin, described it, “The world is made up of trillions of things — cars, planes, jet engines, exercise equipment, the items on my desk. And then there’s the Internet. This category is about all of these things and the Internet, as we know it, coming together. Anything I can do over the Internet blended with my things.”

Belkin, an American manufacturer of consumer electronics, developed its own IoT system called WeMo. WeMo is a Wi-Fi-based home automation network which allows its users to control their home’s heat, cooling and lighting systems from their computer or smartphone. The company’s Echo system monitors electricity to prevent excess waste and decrease the overall amount of energy consumption.

The future of IoT holds many possibilities. Ideally, it will connect all of our appliances so we no longer have to update our calendars, set alarm clocks and even monitor our refrigerators. Although some are excited about this prospect, others are skeptical.

What do you think about IoT systems?

3 Responses to Always Connected: How the Internet of Things is Changing Communication