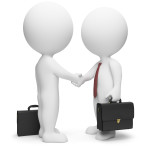 LG is building hype over its new G Watch, a product expected to hit the market this summer. The company launched a promo video of its smartwatch, which has a sleek body and waterproof exterior.

LG partnered with Google to add to Google’s first line of wearable technology, called Android Wear. Also in this line is the Moto 360 smartwatch, created by Motorola. The Moto 360 has voice controls and is also expected to launch this summer.

Outside of Google’s Android Wear, the competition continues. AT&T and FiLIP technologies partnered up to create the FiLIP line of smartwatches. These watches were made to help parents keep track of their kids. The watches are equipped with a smart locator and allow parents to call their kids through the AT&T network. AT&T plans to expand its line of wearable technology to include more smartwatches and smartglasses, similar to Google Glass.

Speculation says that the G watch will be available to two colors; Champagne Gold and Stealth Black with white or black bands. The body of the watch is rectangular, and unlike its competitors comes with an always on display so the user won’t have to tap the screen to turn on the display. The watches are compatible with Android devices.