Posted on September 1, 2014 by Administrator

Community Health Systems announced that it has had a major security breach which put their data at risk. Hackers based in China broke into the system and stole 4.5 million patients’ data and information.

According to CIO.com, the hackers used “highly sophisticated malware” to bypass the hospital operator’s security measures and attack its systems. The U.S. federal law enforcement is working on the case and apparently knows the identity of the group, although that information has not been made public yet. The information that hackers stole include Social Security numbers, telephone numbers, birth dates, addresses and patient names. No financial or medical information was stolen.

Based in Franklin, Tennessee, Community Health Systems is one of the largest hospital operators in the U.S. It has 206 hospitals in 29 states that span from the east to west coast. This security breach is marked as the second largest in the U.S. medical industry in the last few years. The largest security breach involved 4.9 million patients’ information being stolen from Science Applications Disclosed, and happened in 2011. The breach occurred when tape backups from 1992 through September 2011 were lost.

A similar incident happened in 2013 when a computer from Advocate Medical Group was stolen which contained information on 4 million patients.

Don’t let your healthcare practice be vulnerable to cyber-attacks!
Stratosphere Networks provides 24/7 proactive monitoring to ensure that your patients’ data is always secure. Want to switch to EMRs/EHRs? We can help you transition to electronic documents and make sure no data is lost in the process. Already have EMRs/EHRs? We’ll keep them protected around-the-clock so you can rest assured that your patients’ information is always safe. Call us today at 877-599-3999 to receive a free IT audit with one of our consultants. 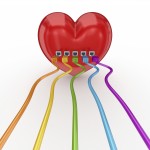