About » Blog » Mars Simulation Begins in Hawaii
June 26, 2018 by Administrator

Posted on April 8, 2014 by Administrator 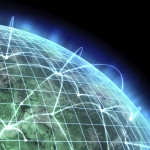 Mauna Loa, a volcanic area on the main island of Hawaii, is the new site for NASA’s simulated Mars mission. The Hawaii Space Exploration Analog and Simulation (HI-SEAS) has started its 120-day experiment with six chosen researchers who will experience what it would be like to live on Mars.

Out of 700 applicants, three men and three women were picked by NASA and moved into the 1,000-square-foot habitat on March 28. The point of the simulation is to study how the researchers react to living in the confined space for an extended period of time. The results will help NASA with its plans to organize a mission to Mars by 2030.

“Missions like this reduce the risk of going to Mars,” said Kim Binsted, the principal investigator on the HI-SEAS project.

According to Binsted, the landscape of Mauna Loa, one of the five volcanoes that make up the island of Hawaii, resembles a “young Mars”. Along with the confined space, the researchers’ temporary home is 8,200 above sea level. They are also only allowed eight minutes of shower time each week, and have to wear their simulation space suits whenever they are outside.

“We’re going to stress them,” said Kim Binsted, the project’s principal investigator. “That’s the nature of the study.”

This mission is short compared to the ones that will follow it. After the completion of this study, there will be an eight month mission and another for an entire year. The group’s progress can be followed on Twitter at @HI_SEAS.