Posted on April 3, 2014 by Administrator 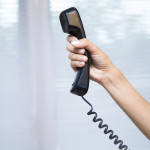 Mozilla faces major damage control after its new CEO, Brendan Eich, was exposed for supporting an anti-gay ballot back in 2008.  Knowledge of the donation first surfaced in 2012, but many Mozilla employees called for his resignation via Twitter last week following his promotion. In response, the company reached out on its blog last Saturday, stating, “Mozilla supports equality for all, including marriage equality for LGBT couples. No matter who you are or who you love, everyone deserves the same rights and to be treated equally.”

Mozilla skeptics were already questioning the company’s decision when it promoted Eich to be the new CEO last week. The $1,000 donation Eich made to an anti-gay marriage ballot only added to the criticism.

Both Eich and Mozilla Foundation chairperson Mitchell Baker responded to the situation through personal blogs.

“I am committed to ensuring that Mozilla is, and will remain, a place that includes and supports everyone, regardless of sexual orientation, gender identity, age, race, ethnicity, economic status, or religion,” wrote Eich.

Baker, who had a similar response, said last Wednesday, “Mozilla’s commitment to inclusiveness for our LGBT community, and for all underrepresented groups, will not change. Acting for or on behalf of Mozilla, it is unacceptable to limit opportunity for anyone based on the nature of sexual orientation and/or gender identity. This is not only a commitment, it is our identity.”

Since the incident, a petition has started which demands that Eich either expresses his support for marriage equality, or be forced to resign or be fired by Mozilla’s board. As of Monday, the petition has garnered over 68,000 signatures.

OkCupid.com, an online dating website, responded to the situation by encouraging users to boycott Firefox and use alternative browsers. The website now advertises a message for Firefox users, which states, “Mozilla’s new CEO, Brendan Eich, is an opponent of equal rights for gay couples. We would therefore prefer that our users not use Mozilla software to access OkCupid.”

Critics of Mozilla are still waiting for Eich to make a formal statement in personal support of marriage equality.