The Development of the Computer 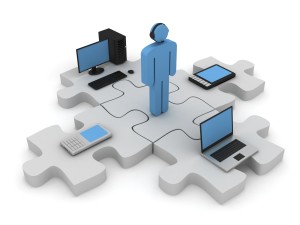 What would existence be like with no computer? It’s difficult to imagine but it wasn’t that long ago that we didn’t have them. Now many of us carry multiple computers, i.e. laptops, e-readers, and smartphones.

How did computers grow to be such an important appliance in such a short amount of time? That’s the question that science historian and author George Dyson asks, and answers, in his new book, Turing’s Cathedral, a kind of personal history of the computer.

Dyson, the son of scientist Freeman Dyson, has spent a great deal of his life at the Princeton Institute for Advanced Studies. The institute was home to a few of the world’s most powerful scientific minds whilst the first digital computer was being created.

If you read Turing’s Cathedral it may surprise you at how much chance was involved in the creation of the machines that let to computers. The book not only highlights the development of the computer but also the personalities involved at the Princeton Institute. They weren’t always on the same page but were able to create the first digital computer regardless.

When great minds work on a project there are certain to be rivalries and heated disagreements, the development of the computer was no different. This book demonstrates that the individuals that worked on this project were geniuses, not necessarily saints. Moreover there were some ethical problems that the creators of the computer faced while working on this project, because the work they were doing had a close relationship with the U.S. nuclear weapons project.

You may have the notion that a history book about computers won’t just be dry but probably full of technical jargon. This is not the case with Turing’s Cathedral; most people who use computers will find this book fascinating. And that is a lot of people these days.