About » Blog » Your EMR Needs Integration Capabilities
June 26, 2018by Administrator 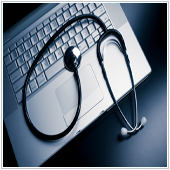 Stage 2 is coming, and the focus of the electronic medical record (EMR) community is shifting from the capture, to the exchange of health information. According to one industry insider, when it comes to true interoperability, here are 10 things your EMR may need:

Details about these tips, and an additional two not discussed above, can be found here.