About » Blog » Are tablet specifications confusing you?
June 26, 2018 by Administrator

Are tablet specifications confusing you? 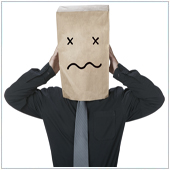 “AMOLED”, “1.2 GHz Snapdragon processor” these are just two specifications that Android tablet manufacturers use to attract customers. To the unwary buyer, these numbers and words sound top of the line when they sometimes aren’t. It’s important, when buying an Android tablet for your business, to be aware of what the technical specifications mean and how useful they are.

Here’s an overview of what the main technical specifications of tablets are, and what they mean.

Screen
There are two important screen measurements: size and resolution. The majority of Android tablets feature the screen size in the name e.g., Asus 10.1”. What this means is the screen is 10.1 inches diagonally. The resolution is given as two sets of numbers e.g., 1280 x 800. This is the number of pixels that make up the screen. The general rule of thumb is: the higher the resolution, the higher the viewing quality. It’s important to actually look at the screen before you purchase the tablet.

Processor
The processor is the tablet’s brain, and is measured in megahertz (MHz) or gigahertz (GHz). A higher number will result in the tablet being able to run more applications and a smoother operating experience.

Many companies are marketing “dual core” processors. This means there are two processors acting together. Generally, the higher the number of cores, the faster the tablet will run. If you’re going to be using applications that require a lot of computing resources e.g., presentation apps, you’ll want a device with more processing power. Most users will be fine with a processor speed higher than 1 GHz.

Memory
Memory is often confused with storage. While they are similar, memory relates to RAM which is used to run apps and execute commands given by the user. Most new tablets will come with 1 GB (Gigabyte) of RAM, which is more than enough to operate.

Internal/expandable storage
Storage is where your apps, pictures, music, etc., are installed and stored. Many Android tablets have both built-in and expandable storage. Built-in storage is inside the tablet, and can’t be expanded. Manufacturers often include the amount of built-in storage in the tablet’s name e.g., Asus 10.1” 64GB. This means there are 64 gigabytes of space or about 16,000 songs. Keep in mind that this amount is before the operating system and essential programs are installed.

Battery
Android tablets are notoriously power hungry, especially with devices that have faster processors and bigger screens. Batteries are measured in mAH and the higher the number is, the longer you’ll be able to use the device.

While at first glance the technical specifications of a tablet can be a little overwhelming, they are actually fairly easy to understand. The important thing is to not be sucked in by sheer numbers alone. Take your time, read reviews and actually try the tablets before you buy. If you have any other questions about the Android platform, please contact us.