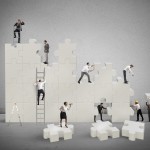 Chicago is implementing a new way to collect city wide data. Sensors will be added to lamp posts around the city to collect information about the city’s temperatures, precipitation, wind and will also count the amount of people by observing cell phone traffic.The sensors will wrap around lamp posts, and are designed to look more like art than data sensors.

Researchers from the Urban Center for Computation and Data, as well as the University of Chicago and Argonne National Laboratory, are calling this initiative the “Array of Things”. The team hopes this will give Chicago a competitive advantage in technological research and help make the city safer. The research team is working with designers from the School of the Art Institute to create the sensors, and the have collected more than $1 million in donations from companies including Cisco Systems, Intel and Motorola.

Not all experts are enthusiastic about the project, and some are skeptical about how much information the sensors will pick up through cell phones without the owner’s knowledge. However, speculation suggests that the first sensor could be in place as early as mid-July. An additional eight will be placed around Michigan Avenue followed by dozens more around the Loop by the end of the year.