About » Blog » Facebook Manipulates over 600K News Feeds for Study
June 26, 2018by Administrator 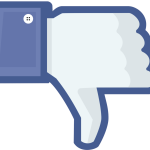 Facebook has caused ripples in the social media community once again, after mainpulating users’ news feeds to study how social media posts affect people’s emotions. The study has since been published in the Proceedings of the National Academy of Sciences by Facebook researcher Adam Kramer, Jeffrey Hancock from Cornell University, and Jamie Guillory from University of California at San Francisco. The study found that Facebook posts do in fact affect the emotional state of the reader.

This study didn’t go over well with Facebook users, as the company is known for its gray areas in regards to its privacy policies. However, Facebook says in the study that it states in its terms of service and privacy policy that it has the right to use information gathered from the social media site and its users.

To conduct the study, Facebook manipulated 689,003 of its users’ feeds to reflect certain emotions. So, to see if someone would become angrier when exposed to angry statuses, Facebook tweaked the user’s feed to show a majority of angry statuses. Users were never notified of their participation, which has caused an uproar among the participants and Facebook critics alike.

Either way, Facebook’s privacy policies remain in question. In the past, Facebook has acted first and then sent public apologies later.  Critics believe this situation will be no different.

One Response to Facebook Manipulates over 600K News Feeds for Study