About » Blog » IT Support Chicago: Four Common Disasters That Destroy IT Networks
June 26, 2018 by Administrator

IT Support Chicago: Four Common Disasters That Destroy IT Networks

Posted on September 1, 2015 by Administrator 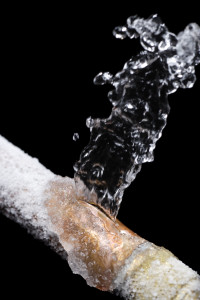 When we discuss the need for companies to have a disaster recovery plan for the sake of quickly getting the IT network up and running again, we often focus on disasters of significant proportion, such as large earthquakes, towering tsunamis, and major terrorist events.

While these catastrophes can and do destroy IT networks in the blink of an eye, and justify having a disaster recovery plan in place, they are statistically rare, and only affect a small percentage of businesses in the U.S. and beyond. More often than not, disasters that indispose the IT network are caused by small-scale catastrophes, such as the four listed below.

Plumbing pipes are like most other types of building systems: they need scheduled maintenance to remain in good condition, and they must eventually be replaced. Unfortunately, predicting when old plumbing pipes are about to burst can be rather difficult, as they tend to erode from within. One burst plumbing pipe in the wrong location could wash away the IT network.

Providers of IT support in Chicago routinely deal with clients that occupy large office buildings, and understand that activated fire sprinklers — whether there is a fire or not — can quickly put the IT network out of commission. Consequently, a recovery plan is typically implemented not just to account for large-scale catastrophes, but to account for small-scale catastrophes, as well.

According to the United States Fire Association (USFA), roughly eight percent of unexpected fires in the U.S. occur in non-residential buildings. This means that a significant number of office buildings, industrial complexes, manufacturing centers, etc. experience a fire each year. Depending on where the fire occurs and how it spreads, it could easily incinerate the IT network.

We rarely think of stolen hardware as a “disaster”. However, when thieves enter an office building, portable IT equipment such as servers and desktops are prime targets. While hardware theft may not cause the complete demolition of the IT network, it can lead to a significant period of downtime if a disaster recovery plan is not in place, a plan that supplies emergency hardware.

If so, contact Stratosphere Networks today to initiate the planning process. Fully implementing a recovery plan and working out the kinks takes time, so there is no time like the present to start protecting your company against common disasters that could easily destroy the IT network.