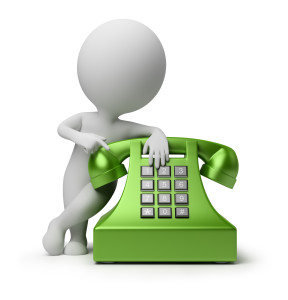 Do you know what VoIP is? VoIP is short for Voice over Internet Protocol, and it is a technology that allows people to make calls via the Internet rather then use a traditional landline. VoIP is very cost effective and can save businesses, of any size, between 30 and 50 percent on their phone expenses.

Many businesses, large and small, are still struggling and are looking to reduce costs anyway they can. So, the question is; are businesses embracing VoIP as an obvious way to save money or are they hesitant to get rid of their trusty old landline?

A Move Toward VoIP?

Heavy Reading recently did a study that shows that not as many companies as you would think are making the switch to VoIP. The same study, however, reveals that number is changing. The study shows that in 2011 approximately 31% of businesses in North America used VoIP. Heavy Reading has predicted that by 2015 this figure will rise to 66.6%.

Businesses are Switching to VoIP

The study indicates, then, that companies will do a full flip-flop by 2015. Today, after all, traditional circuit-switch phone lines make up 68 percent of business lines in North America. Are these numbers to be believed? Are businesses ready to make such a dramatic shift? Even if you’re less optimistic than the researchers at Heavy Reading, it’s hard to deny that businesses will turn more frequently to VoIP technology in the near future.

A Bright Future for VoIP and Business

VoIP technology provides voice communication that is as clear and dependable as traditional landlines. Let’s also not forget that it can be considerably cheaper. Upper management may be slow to make the move but the big plus with VoIP, is that employees will not have to get used to anything new. Phones work the same as they do with a landline. So you if think VoIP is a passing fad, think again.