About » Blog » 5 Industries that 3D Printing will Revolutionize
June 26, 2018by Administrator

5 Industries that 3D Printing will Revolutionize 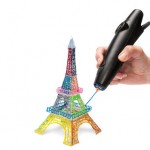 3D printing is considered one of the greatest innovations of this generation. As companies begin to adopt the new technology, these are the five industries that will be impacted the most:

1)  Healthcare. Like Google Glass, some doctors and hospitals have adopted the newly developed 3D printing technology to assist with procedures. Specifically, doctors have created implants needed for craniofacial surgeries for patients suffering from severe head or facial traumas, along with infants born with abnormal skull or face features. It may sound strange to print a replacement for part of a human skull, but it’s actually less risky than the previous procedure which involved taking bone from another part of the patient’s body. The problem with the previous method is that it could cause fatal complications if the bone didn’t fit perfectly in place. With 3D printing, doctors can now make unique and specific replacements to accommodate the individual patient’s needs. The development of these unique medical materials has led to individual solutions that efficiently solve a medical emergency that would have previously been thought impossible.

2)  Aviation. 3D printed plane parts have been on the rise. Although the use of these parts in commercial planes is something of the future, the first 3D printed test flight was announced by the U.K.’s Royal Air Force. It is estimated that 3D printing will save the Royal Air Force more than £1.2 million over the next four years, which is equivalent to about $2 million. 3D printing is a less expensive and more time efficient way to produce individual plane parts, which will decrease the overall expense.

3)  Aerospace. NASA has reportedly used 3D printing to create tools to be used in space. The company has partnered with a startup called Made In Space to bring a 3D printer to the International Space Station by October of this year. Additionally, NASA is working on  3D edible pizza to create 3D food for astronauts to make while in space, which would be more enjoyable than the freeze-dried, dehydrated food astronauts are used to.

4)  Retail. 3D printing has taken online shopping to the next level. When consumers start to purchase 3D printers for their home, they can expect the option to print products bought online immediately after purchase. Businesses will be able to send customers design files directly to their home computer, which will eliminate any traditional retail complications like inventory or shipping costs.

5)  Food. As mentioned above, companies have invested in 3D printing to create food products. Since this is still in the novelty stage, companies have focused on creating food for specific markets. The European Union announced a $4 million fund to develop 3D printed food for the elderly, while Systems & Materials Research Corporation thinks that 3D printing could be extremely beneficial for third-world countries and areas where food is scarce.

Purchasing 3D printers for use at home is not a thing of the distant future. Prices have been consistently dropping as companies continue to develop 3D printed products.