5 Technologies to be Thankful for This Year 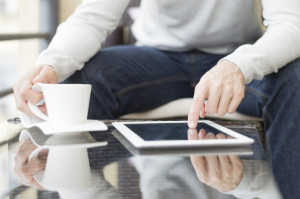 The holiday season is upon us. Halloween has come and gone, toothaches and all, and now it’s Thanksgiving. With all the gadgets, modernization, and developments, there’s plenty to be thankful for in the realm of technology. So this season, while you’re getting full on a holiday meal of choice, here’s some great tech to truly be thankful for.

1. The Internet. There really is no better way to start this list. The Internet is not only a gateway of entertainment but also a fully realized global tool. The power of communication has never been stronger, with the Web allowing people to send, share, and download various files. This modern utility has become a staple in homes and businesses everywhere, and who knows where society would be or what it would look like without it.

2. Smartphones. Cell phones have evolved rapidly during the past decade. What used to be a small hunk of plastic for convenient calls has become a miniature computer that fits into your pocket. Smartphones are so versatile it’s difficult to get full use out of them because they’re loaded with so many functions. Combined with basic AI systems like Siri or Cortana, smartphones just keep getting smarter.

3. Personal computers. The power of the PC escalates each year. Home computers were a staple well before the smartphone nestled into our pockets. But PCs aren’t just getting better with improved hardware: Their respective Operating Systems (like Windows 10 or Mac OS X) have changed too (depending on who you ask, at least). Some are shy about computers because they find the interface tricky to use, but the design of the OS and PC helps with this. No matter who you are, developers want you to enjoy the experience.

4. Tablets. Mobile technology has integrated itself into the daily life of almost everyone. Another component to this is the tablet, which like the smartphone has all sorts of unique and interesting features. They’re lighter than a laptop, stronger than a smartphone, and allow you to read, message, watch, and play on the go. It helps that they certainly look cool too. But as each month passes, we’re seeing tablets get better at what they do, so it’s definitely tech to be thankful for.

5. Smartwatches. While certainly a trend companies are attempting to bring back, smartwatches have the potential to be more than just a downsized smartphone you wear on the wrist. Everything from tracking health vitals to making calls can be done from a smartwatch, and, as models improve, who knows what they’ll be capable of. So, if information is powerful, you’re only getting stronger by added this into a list of tech to be thankful for.