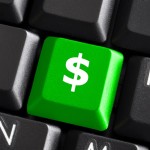 On Wednesday, May 28, 2014, Apple announced its purchase of Beats by Dr. Dre for $3 billion. This is the largest purchase the company has made since it acquired NeXT Software in 1997 for $400 million.

The audio equipment, Beats Electronics, was established in 2008 by music industry veterans Dr. Dre and Jimmy Iovine, and was followed by the music-streaming service, Beats Music.

Speculation states that Apple purchased Beats in hopes that it will keep the  brand competitive. With streaming services like Pandora and Spotify, iTunes has lost some grip on the music market and saw a 6 percent decline in single downloads last year alone. Last September Apple introduced its new streaming service,  iTunes Radio. Since then, its acquired 40 million users, still short of Pandora which has more than 70 million users.

Apple and Beats have agreed on $2.6 billion in cash and the other $400 million in equity for Beats Music and Beats Electronics as an incentive to keep Iovine and Dr. Dre at Apple. On Wednesday alone, Apple saw a rise in its stocks by 24 cents.

The Beats deal will push Apple in a different direction. Previous to the purchase, Apple focused soley on its own brand. With the Beat brand, Apple will be able to extend its reach in the music industry and target consumers.