About » Blog » Smartphones Now a Target for Hackers
June 26, 2018by Administrator

Smartphones Now a Target for Hackers 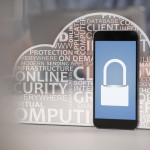 Many smartphone users around the world have fallen victim to a new form of hacking. The hackers have been infiltrating smartphones and freezing them, only to demand a ransom be paid by the owner in order to get  his/her phone working again.

Through the “Find My iPhone” feature on iCloud, hackers have been able to disable iPhones, iPads, and Macs until the ransom is paid.  The phones’ owners receive a text message that says something along the lines of, “for unlock device YOU NEED send voucher code by 100 $/eur one of this (Moneypack/Ukash/PaySafeCard) to helplock@gmx.com I sent code 2431402312.” The hackers have also gained access to Apple accounts, although the iCloud hasn’t been compromised.

Ivan Drucker, an iPhone security expert, cautioned that this scam can happen to anyone, no matter their location. “It could be you, and it really could be anybody — no one is really immune,” Drucker said.

For smartphone owners who are worried that this could happen to them, there are precautionary steps you can take to better protect your phone and information. The first is setting a passcode on your phone. The second is implementing two-step verification on your Apple account, so every time you sign in you have to enter a code along with your password. The code is sent directly to your phone, and will make it nearly impossible for anyone to log into your account unless they have your phone with them.

The first report of the phone hacking came from Australia, and was reported in the US this week. Smartphone users are encouraged to back up their devices now, because once hacked the phone can only be restored to its original state.