About » Blog » Beware of These Recent Scams
June 26, 2018 by Administrator

Beware of These Recent Scams

Posted on November 13, 2014 by Administrator 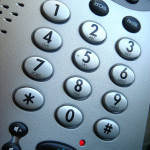 Police in the Chicagoland suburbs are reporting more and more incidents of residents being scammed. The scams are usually fake phone calls with the caller asking for some sort of money transfer or claiming to be from Microsoft.

Elderly residents are the most targeted by these scammers, as they’re usually at home and are more vulnerable. One such elderly resident reported losing $13,000 after he spent six hours on the phone with someone who claimed to be from the IRS. He was convinced that he owed the IRS money and sent it through Western Union.

Another popular scam is the ‘grandson jail scam’ which tricks the elderly into believing their grandkid is in jail and in need of bail money. Illinois residents are told to be extremely cautious when asked to send money when on the phone, because even if the caller claims to be from the IRS, the IRS wouldn’t ask for your financial information over the phone.

In addition to IRS and Western Union scams, there have been reports of a Microsoft scam. In this situation, the caller claims to be from Microsoft and informs the recipient that their computer has a virus and they need to purchase updated software or will convince the recipient to give them remote access to the computer. Once the recipient gives their financial information away or gives the caller access to their computer, the scammer can then steal money or personal information.

Don’t fall victim to these scams! Never give away your personal or financial information over the phone, and if someone does try to scam you, hang up and contact the authorities.

Worried your computer may be at risk? Call Stratosphere Networks today at 877-599-3999 to speak with one of our IT consultants.