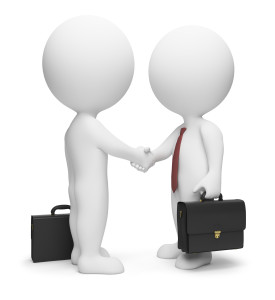 CloudPress, a year-old start-up and online design platform, has been acquired by the media giant News Corp. News Corp. is one of the world’s largest companies, and was founded by Rupert Murdoch after he took over his family’s business in 1954. The company is responsible for a wide-arrange of media including 20th Century Fox Film Corporation and The Wall Street Journal.

News Corp. developed interest in CloudPress because of its convenient cloud structure and easy-to-use tools. CloudPress is an online design site which allows users to upload pictures from various social media sites to use while creating their own product. CloudPress was created with the mission to provide its users with a drag-and-drop online editing platform. According to Tech Crunch, the website is a great and convenient tool to create and share visual content, specifically storybooks, recipes, how-to-guides, buying guides and more. Once the content is published, it’s immediately available online to share through social media and email channels.

Additionally, co-founder Mohamed El-Zohairy said, “After several meetings with News Corp, we realized that joining forces would be the best way to achieve the kind of impact we were hoping for.”

The three co-founders of CloudPress are Allen Chen, Mohamed El-Zohairy and Bobby Mathews. They met while attending University of Washington in Seattle. At the time, the three were pursuing their undergraduate degrees in computer science. The company was started in Egypt in 2013 after the three co-founders applied for Flat6Labs, an accelerator program for entrepreneurs based in Cairo.

Even in the midst of the Egyptian revolution, CloudPress quickly prospered and grabbed the attention of News Corp. executives. Although the acquisition price hasn’t been released by either company, CloudPress is certain to receive a big pay day.