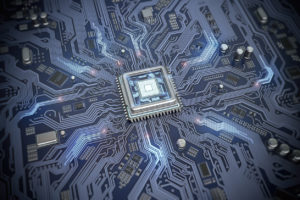 You’ve probably heard about quantum physics, also known as quantum mechanics, which is a realm of science concerning how matter and light behave on the atomic and subatomic scale, according to Encyclopaedia Britannica.

To many of us, this area of study might seem complex, abstract, and only relevant to the world’s most brilliant physicists. However, quantum physics has found its way into the world of computing, and that development could cause significant changes in the world of IT and the realm of cybersecurity in the relatively near future.

If you’re a CIO or CISO wondering what to expect as quantum computers emerge from research labs and become more mainstream, here’s an overview of the essential details and forecasts you should know about.

1. What is quantum computing? A quantum computer is, in a nutshell, a computer that gets its capabilities from quantum mechanics, according to the Wired opinion article “Quantum Computing is the Next Big Security Risk” by U.S. Rep. Will Hurd (R-Texas). While the computers we’re used to process information in binary bits (1s and 0s), quantum computers leverage quantum bits, or qubits, which can exist in multiple states at the same time.

2. How is quantum computing expected to change the IT landscape? Because of their use of qubits, quantum computers are much more powerful and faster than traditional ones, according to the Forbes article “Cybersecurity In The Age Of Quantum Computing.”

Quantum computers were first constructed in 2000, although research physicists initially conceptualized them a few decades earlier, the article explains. IBM made the first one by bringing five qubits together to solve a basic math problem. At the time, Wired reported that IBM’s “computer” was approximately as powerful as a handheld calculator.

Today, IBM, Microsoft, Lockheed Martin, and other big names have delved into quantum computing research, according to Forbes. Researchers have already claimed to have built 16-, 17- and even 20-qubit computers. For context, it’s been speculated that a 50-qubit computer could outpace today’s most powerful mainframes.

3. What are the potential risks and drawbacks of quantum computing? There’s been plenty of speculation about how quantum computers’ superior abilities could fall into the hands of cybercriminals and create powerful cybersecurity threats. For instance, with the power of quantum computing, a hacker could easily crack current encryption, writes Alan Usas, program director and an adjunct professor of computer science at Brown University, in CSO.

Likewise, Hurd warns in Wired that quantum capability could defuse the encryption systems that we depend on today for national defense, in addition to allowing hackers access to sensitive financial data and personal health records.

However, others argue that quantum computing could also have a positive effect on cybersecurity. David Jarvis, security and CIO lead for the IBM Institute for Business Value, writes that quantum capabilities will enhance quantum number generation (an essential part of cryptography) and machine learning, which can enhance IT security solutions such as security information and event management (SIEM).

Overall, quantum computers are definitely something CIOs, CISOs, and other executives should keep on their radar as they construct and maintain their organizations’ IT roadmaps.

If you’d like to learn more about cybersecurity and/or the IT world in general, our team of expert techs can help. We work with a wide range of solutions from various vendors in our extensive partner network, which allows us to offer our clients an objective assessment of which offerings best meet their specific needs. Contact our team today by calling 877-599-3999 or emailing sales@stratospherenetworks.com.