About » Blog » What Smart Devices Mean for Businesses
June 26, 2018 by dsparks

What Smart Devices Mean for Businesses 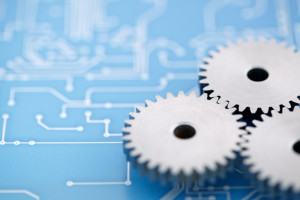 Machine-to-machine (M2M) communication is growing and so it the potential for smart machines to manage complex tasks over long periods of time. Such technology can have a massive impact on business, and it’s expected that smart devices and machines will become part of the routine in a matter of years.

So, what does this mean for businesses? In general, smart devices and machines have the potential to completely reshape how an organization conducts itself.

Smart devices and machines can “talk” with each other on the production line, automate where material goes, physically load the items, and automatically ship them to their destinations. This is an example of how these machines could affect production, where typically the human element must build, load, and move product for sales. In this environment, people would instead monitor the machines while the ‘smart’ devices autonomously handle all of the labor elements.

But this is only one example. Smart machines can potentially handle complex operations as well as simple tasks. Those tasks can range from production of supplies to taking an order for coffee. Indeed, vending devices can sync to a cloud while simultaneously making a user’s beverage or food item of choice. And because they’re synced to a cloud, that user’s individual order can be wirelessly saved for future convenience.

Companies can even revolutionize their delivery methods with smart machines. Driverless cars are already part of some mainstream services, like Google’s mapping vehicles. These same self-driving vehicles could be used to deliver purchases to customers. Self-flying drones are another potential future investment, already under production via Amazon.

For a business, the power to accomplish its physical tasks with an efficient, fully equipped robot is indeed a mesmerizing incentive. However, that concept also raises some concerns.

There are, of course, worries about the economic angle. While corporations seek to profit tremendously by using a taskforce of unpaid machines, what about all the people these automated devices replace? It’s expected that when automation starts to hit, basic jobs are the first to go.

Will automation and smart devices create a massive vacuum in the workforce when they are deployed? If so, how does it affect the economy? If you as a business sell products, what good are these products if there’s no one to buy them? These are a few of the questions surrounding the matter on smart machines and their potential.

However, it’s not guaranteed such a drastic impact will occur. Adopting smart devices into the general work flow is in itself a monumental task that only larger corporations are expected to adopt soon. Other concepts, like autonomous delivery systems, have many hurdles to overcome before they see some form of mass integration.

Regardless, the power of automation cannot be denied, and its seamless integration with businesses will change how we do things for the long term. It’s expected over the next decade, smart machines of all sorts will find their way into the work environment. How it will fully impact the business world remains a point of conjecture.