4 New Gadgets to Get This Year 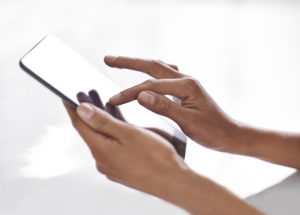 There’s no shortage of new technology to explore this year. With new advancements happening so frequently, it’s sometimes hard to get a grip on what’s out there. Whether it’s for personal or professional use, perhaps you want an amazing gadget. Well, if you’re fresh out of ideas, we have you covered. Here are some new gadgets go grab for 2017.

Google Android Watch
Wearables have returned to the tech world. While smart watches haven’t caught on with the same wildfire popularity as smartphones, they’re still evolving.

The Android Watch was slated for 2016 but delayed for release this year. With it, users can find the functionality they expect bundled into watch form. Will it shake up the currently Apple dominated market? Too soon to say, but it’s definitely the gadget to snag.

Apple iPhone 8
There’s no stopping Apple’s annual release of the latest phone. And really, it’s not a bad thing. Because technology and synchronization more and more entwined, the iPhone 8 is a natural choice for those looking to stay on top of the trends.

But the updated phone won’t just advance form of hardware. Not only is the iPhone celebrating its 10th anniversary with the 8th release, rumors are suggesting the whole platform will utilize a glass interface. That means no buttons and no wires either. That’s right, not even for charging or for headphones. Keep an eye out for it later this year.

Tesla Model 3
While not exactly expected to trend by most, the completely electric Tesla brand car may shake things up by being the first of its kind to be affordable.

Indeed, Elon Musk’s Tesla series have long been a powerful, luxurious car of the future. And while it’s great for shrugging off dependence of fossil fuels, the core problem has always been affordability. The model 3 will be in the range for the average earner. Tesla 3 could kickstart a whole new industry: clean-energy cars of high speed and purchasable by anyone.

Nintendo Switch
Let’s face it, Nintendo’s Wii U was a failure of marketing. Most could not make heads or tails of it. Was it a new console? A controller? As a result, the console suffered terribly.

But the Switch is clear and concise. Nintendo’s next entry not only promises better hardware but unprecedented mobility too. With the ability to plug and play or take it anywhere like a tablet, Nintendo is really pushing for that “anywhere, anytime” trend of fun. With Nvidia strong GPUs, that seems likelier than ever.

These aren’t the only gadgets coming out this year. There might be even greater strides in tech as 2017 moves on. For now, though, we’ll have to wait and see.