Posted on October 1, 2014 by Administrator

Last Monday, BlackBerry announced its newest smartphone, the Passport. This announcement comes just two weeks after Apple introduced its iPhone 6 and iPhone 6 Plus phones along with the updated iOS 8 software and Apple Watch product line.

Passport is a square phone with a 4.5 inch display. BlackBerry plans to sell the phone for $599 without a contract, which is $50 less than the iPhone 6. The company has been struggling to keep up with the other industry leaders, such as Samsung and Apple, and is planning on hosting launch events for the new phone in Toronto, London and Dubai.

The idea of the new design is to appeal to business professionals. The display is located above a three-row keyboard and allows 60 characters per line. It has a 3,450mAh battery, and can survive up to 36 hours of usage per charge.

BlackBerry has had issues keeping customer loyalty. A main reason is that it lacks the applications that are offered by Android and Apple. The company is also uncertain of what market it wants to attract. In the past, many enterprises and companies used BlackBerry devices for their employees. Now, its market share stands a mere 5 percent compared to the 70 percent it had three years ago.

BlackBerry is hoping the Passport phone will become competition against other smartphones including the new iPhones, the Galaxy Note 4 and Nexus 5. The somewhat cheaper price may help, however only time will tell.

What smartphone do you prefer? 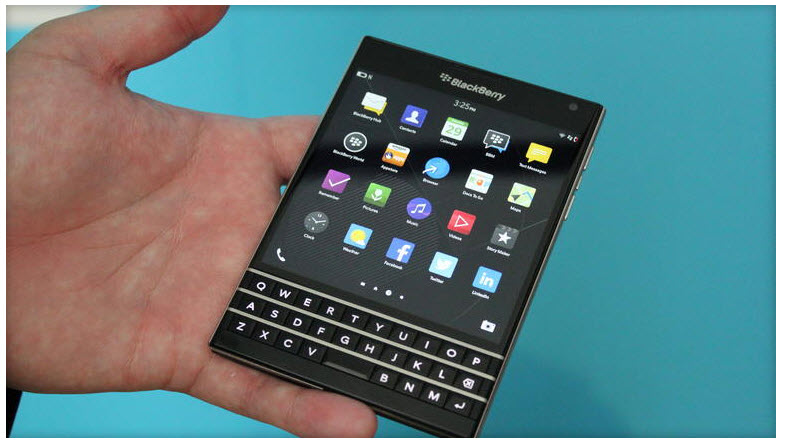