4 Key Ways Microsoft 365 Has Added Value Since Its Launch 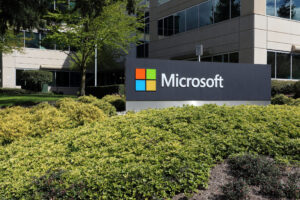 Nearly 11 years ago, Microsoft announced the launch of Microsoft Office 365 (later rebranded as Microsoft 365), which the supplier described as “the company’s next generation in cloud productivity.” The original suite combined Microsoft Office, Exchange Online, SharePoint Online and Lync Online.

Since its introduction, Microsoft’s productivity suite of cloud-delivered apps has become incredibly popular. According to Microsoft, the suite now has more than 300 million paid commercial seats and has undergone significant changes: In 2020, the supplier rebranded some (but not all) plans as Microsoft 365.

Specifically, the supplier renamed the following subscription options to simplify the process of finding the right plan:

To discuss your options for upgrading your Microsoft plan, please contact our team at 877-599-3999 or sales@stratospherenetworks.com.

Microsoft has also added numerous applications and features to Microsoft 365 since its inception to enhance the user experience.

In August, Microsoft announced new pricing for the productivity suite that will take effect on March 1, 2022, reflecting the value added to the suite in the years since its launch. Here’s an overview of the Microsoft 365 price increases:

If you’re wondering about the reasoning behind the rate increases, here are the main ways the supplier has enhanced the suite’s capabilities over the years, as specified by Jared Spataro, corporate vice president for Microsoft 365, in the blog entry “New pricing for Microsoft 365.”

Microsoft has added AI-driven features as well as automation to its productivity suite to allow end users to get more done than ever. Examples include AI-powered email sorting in Outlook and AI-generated captions in Teams meetings.

Since its launch in 2017, Teams has become the go-to application for chatting, meeting, calling, conferencing and collaborating for hundreds of millions of users. You can even transform Teams into a full-blown cloud phone system.

Responding to the rapidly changing cybersecurity threat landscape, Microsoft has bolstered the suite’s security with numerous new features, including the following:

In addition to Teams, Microsoft has also added many other new apps to the productivity suite:

The world around us has changed in dramatic ways since 2010, and Microsoft has updated its productivity suite to ensure end users have all the tools they need to succeed in an increasingly digital era.

Maximize Your Return on Your Microsoft Investment

If you’re interested in getting as much as possible out of your investment in Microsoft 365, our team has extensive experience working with the suite. Our in-house Microsoft experts have written the following blog entries about how to leverage the Microsoft 365 suite to increase efficiency, improve security and overall support lasting success for your business.

If you have any questions or want to learn more about Microsoft 365, don’t hesitate to give us a call at 877-599-3999 or email sales@stratospherenetworks.com.