About » Blog » Why Data Breach Prevention Matters for Small and Midsize Businesses
November 8, 2018 by dsparks

Why Data Breach Prevention Matters for Small and Midsize Businesses 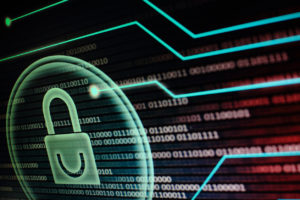 Has your business experienced a data breach yet? It’s no longer a matter of if but when hackers will target your organization. As Verizon’s 2018 Data Breach Investigations Report (DBIR) warns, “It will probably be you one day.”

All it takes is for one of your team members to click on a malicious email or share a password that falls into the wrong hands and ends up for sale on the dark web. Hackers can infiltrate their target’s network in mere minutes, but it typically takes much longer for the affected organization to notice. The majority (68 percent) of data breaches aren’t discovered for months or even longer, according to Verizon’s DBIR.

On top of that, the data breach epidemic that’s developed in recent years is only getting worse. In 2017, the number of data breaches in the U.S. reached a record high of 1,579, a 44.7 percent increase compared to the previous year, according to the Identity Theft Resource Center.

Cybercrime is still going strong this year: As of October 3, there were a total of 932 breaches identified by the ITRC in the U.S. so far in 2018, exposing a total of approximately 47.2 million records.

Most of the headlines related to data breaches address large incidents involving big corporations. For instance, it was hard to miss the media storm following the recent Facebook breach, which was the largest in the company’s history and affected nearly 50 million users.

However, larger enterprises aren’t the only ones that need to worry about breaches. Cybercriminals also target small to midsize businesses in their pursuit of sensitive data. If you’re part of the leadership team at a small to medium-sized company, it’s crucial to take action to reduce your data breach risk, if you haven’t already. Here’s everything that you should know about why and how to secure your IT environment.

Why Small Businesses Need to Take Action
The stereotype of hackers setting their sights exclusively on billion-dollar enterprises is misleading, Verizon’s DBIR states.

“Most attacks are opportunistic and target not the wealthy or famous but the unprepared,” the report explains.

Our IT security experts at Stratosphere Networks have observed that hackers often go after smaller organizations rather than large ones. The majority (58 percent) of cyberattacks target small businesses, the 2018 DBIR confirms.

Smaller organizations are less likely to have sophisticated cybersecurity defenses in place, which means they’re generally easier to infiltrate. Only 21 percent of small and medium-sized businesses classify their ability to take on cyber vulnerabilities, risks, and attacks as highly effective, according to the 2017 State of Cybersecurity in Small and Medium-Sized Businesses (SMB) report from the Ponemon Institute.

Hacking into the IT environment of a large company that has invested in advanced IT security solutions, on the other hand, necessitates crafting a sophisticated plan of attack. As a result, it’s become common for cybercriminals to launch numerous scripted or AI-based attacks against various small businesses instead of putting a large amount of effort into taking down the defenses of one big corporation.

Because smaller organizations have become attractive targets for cybercriminals, it’s imperative that these businesses take proactive steps to stop malicious entities from infiltrating their networks. Particularly for companies with limited resources, a data breach can prove disastrous. The global average cost of a data breach has reached $3.86 million, according to the 2018 Cost of a Data Breach Study from the Ponemon Institute and IBM.

A data breach can negatively affect your business in the following ways, among others:

The losses can prove extensive, and many organizations don’t bounce back: Approximately half of small companies that become victims of cyberattacks end up going out of business within six months, according to the U.S. Securities and Exchange Commission.

Luckily, there are plenty of steps small and midsize businesses can take to significantly reduce their data breach risk.

What You Can Do to Stay Safe
The IT security threat landscape changes at an extremely rapid pace, with hackers finding new ways to get past cybersecurity defenses and launching novel types of malware every day. It takes a team of skilled IT experts to keep up and stay one step ahead of the bad guys in guarding your company’s network and sensitive data.

If your business has limited resources and can’t realistically hire cybersecurity experts to serve as part of your internal staff, partnering with a managed IT service provider can make a huge difference. An MSP can deliver and/or manage a range of advanced cybersecurity solutions as well as services to minimize your data breach risk.

Here are just some of the steps and solutions that can have a significant impact on your business’s security status:

IT security risk assessment. This is a crucial first step on the path to establishing a comprehensive security strategy for your business. A diagnostic scan can identify any vulnerabilities in your network that hackers could potentially exploit to gain access to sensitive data. You want to find your weak spots before cybercriminals do.

Employee awareness training. Educating your team and making sure they’re aware of best practices for optimal IT security is essential for any business looking to avoid a breach. Employees’ mistakes can open the door to hackers: Errors were the root cause of 17 percent of breaches studied in the 2018 DBIR. Those missteps included sending emails to the wrong recipient, misconfiguring servers, or forgetting to shred documents containing sensitive information.

Awareness training can address and correct common bad habits such as using weak passwords and clicking on links or downloading attachments from suspicious emails. Everyone should be well-informed and on-board with your plan to safeguard your company’s IT environment.

Penetration testing. You don’t really know how well your cybersecurity defenses work unless you test them regularly. Penetration testing (a.k.a. pen testing) will give you a good idea of how secure your network really is and help your business find and fix any vulnerabilities.

Spam filtering. Even if you’ve educated your employees about how to spot a suspicious message, spam filtering adds an extra layer of protection against phishing campaigns by preventing malicious emails from reaching your team members’ inboxes.

Next-generation firewall. Traditional firewalls are no longer adequate when it comes to defending against increasingly sophisticated cyberattacks. A next-gen firewall leverages advanced tools such as integrated security management, application control, and advanced logging capabilities to fend off security threats.

Encryption. Employing encryption to ensure your emails stay secure is a must in an age of widespread data breaches and cybercrime.

Proactive monitoring (network, web applications, log correlation and analysis, etc.). If you wait until you see or experience obvious signs of a cyberattack, it will be far too late to minimize the fallout. Proactively monitoring your network for weak spots and signs of intruders is the best way to ensure that even if malicious entities get past your defenses, they won’t have a chance to do too much harm.

Fortunately, virtual CSO and CISO services allow you to get on-demand access to high-level security expertise without having to worry about hiring costs, training, or turnover.

Ultimately, small and midsize businesses must be vigilant in securing their IT environments and working to prevent data breaches. If you have any concerns or questions about data breach prevention and developing a comprehensive cybersecurity strategy, don’t hesitate to contact our team of expert techs. Connect with us today by calling 877-599-3999 or emailing sales@stratospherenetworks.com.