About » Blog » 5 IT Horror Stories: Top Tech Nightmares and How to Avoid Them
October 22, 2019 by Kevin Rubin

5 IT Horror Stories: Top Tech Nightmares and How to Avoid Them 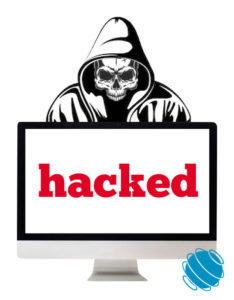 Halloween is almost here, which means it’s the season to indulge in everything scary, ghastly and ghoulish. In honor of the upcoming holiday, we’d like to share some terrifying tales from tech support. Although scary stories traditionally feature ghosts, zombies and other monsters, sometimes the scariest specters wreak havoc on our lives not from the crypt but from computers.

So gather around the virtual campfire and see if you’re brave enough to get through these five shiver-inducing stories of IT gone wrong. Please note that these are fictional accounts based on real risks.

A sales rep on a business trip grabs a sandwich at the airport and heads to a table to do a little work on his laptop. After he finishes eating and answering some emails, he closes the laptop and puts it back in its bag, then takes out his phone for a few minutes to scroll through Twitter. He loses track of time catching up on what’s trending and soon realizes it’s almost time for his plane to board, so he grabs his bags and rushes to his gate.

As he’s standing in line waiting to board, a sudden chill of realization washes over him: He left his laptop behind. He rushes back to the table he was at and finds nothing. Worst of all, he didn’t bother to set a secure password for the laptop (to his shame, it’s password1234), and all of his other passwords are saved in the browser and apps for convenience. Whoever finds the laptop could be combing through sensitive company data in no time.

This tale is disturbing because it could happen to any of us. Luckily, there are steps you can take to ensure you fare better than the unfortunate protagonist of this story, such as setting strong passwords for your devices, not allowing browsers and apps to save your passwords, and encrypting devices.

An office worker comes back from lunch to find that her inbox is flooded with confused replies to messages she didn’t actually send. With a sinking feeling in her stomach, she realizes that her account has been hacked and someone is using it to send out phishing messages.

She’s overcome with dread not only because she knows a cybercriminal has control of her email but also because she uses her email account password for various other sites and apps, including her personal LinkedIn and Facebook, as well as her company’s CRM software.

This nightmare could happen to plenty of people: A 2017 survey of smartphone owners by Keeper Security found that 87 percent of people between the ages of 18 and 30 use the same password across multiple apps/accounts. It might save time in the short run, but ultimately it’s smarter to use a unique secure password for each account and keep track of them all with a password manager.

Another office worker receives an email from a vendor he knows, but it doesn’t have any text except for a weird-looking link. He’s confused but clicks on it anyway. Soon his screen is locked with a message telling him that he must pay a ransom to regain access to his files. He’s fallen prey to ransomware, a type of malware that hackers use to encrypt a target’s files and then hold them hostage.

To avoid finding yourself living this IT horror story, avoid clicking on suspicious email attachments or “phishy” links in messages. You should also patch and update everything on a routine basis.

Finally, it’s smart to back up your data regularly so that if you’re hit by ransomware, you can restore your systems without having the pay the criminals who kidnapped your files.  Remember that off-site cloud backups are critical, because local backups can get breached during an on-site incident.

4. The Dark and Stormy Day at the Office

The workers at one office find themselves watching with concern out the windows as lightning flashes, thunder rumbles and sheets of rain drench everything in sight. Soon, everyone’s phones screech with an emergency alert: There’s a flash flood. The team climbs to the top floor for safety, but with all of their IT equipment stored on the ground floor and no backups, it seems like this small company might not survive this storm.

Floods, fires, tornadoes and other catastrophes can destroy an unprepared business. Downtime can be extremely expensive: The average cost of an unplanned data center outage was almost $9,000 per minute in 2016, according to the Ponemon Institute.

That’s why it’s vital to have a business continuity plan and back and disaster recovery solutions in place. Don’t let a dark and stormy night (or day) spell doom for your organization.

5. The Missing IT Guy

A small business relies on just one IT guy. He’s good at his job and never complains, so it seems like he can handle the work all on his own, even if he appears a little stressed sometimes trying to tackle multiple support requests. One day, however, he doesn’t show up for work. His boss calls him, but it goes straight to voicemail. No one has any idea how to take care of IT for the company without him, and soon everyone is panicking.

Having only one IT staff member can be scary for everyone – including the lone IT expert. If that’s your current situation, you might want to consider outsourcing your IT to a third-party managed service provider. You’ll gain access to a team of certified tech experts who can tackle tasks like staying on top of cybersecurity and empower in-house IT staff with tools like automation.

Hopefully these tales of tech-related woes won’t keep you up at night. If you want to avoid these nightmares, our team of expert techs can put your mind at ease with advanced IT solutions. Avoid IT horrors by calling 877-599-3999 or emailing sales@stratospherenetworks.com.