About » Blog » Artificial Intelligence and Accessibility: How AI Can Help People With Disabilities
May 25, 2021 by Kevin Rubin

Artificial Intelligence and Accessibility: How AI Can Help People With Disabilities 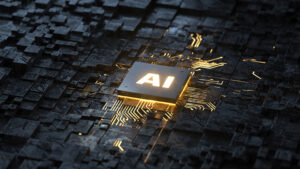 It can make phone calls and remember faces. It can translate for you and even drive a car. Artificial intelligence (AI) is increasingly prevalent in our daily lives. In addition to taking over routine tasks and making life easier for all of us, this type of technology has the ability to turn the world into a more accessible place for people with disabilities and eliminate obstacles they face at home and in the workplace.

In this blog series, I’ve already written about the benefits of assistive technology (AT) and the power cloud computing has to improve access to essential services and resources for people living with disabilities. Like AT and the cloud, AI has risen to prominence as a valuable tool that we can leverage to make educational and vocational settings (among other environments) as inclusive as possible.

If you’re interested in adaptive technology for people with disabilities, here’s an overview of how advocates, researchers, and professionals in the tech industry are working to remove barriers and create opportunities with the use of AI.

Making the World More Accessible and Inclusive With AI: Key Use Cases

AI-related research began in the 1950s and focused on issues such as symbolic methods and problem-solving, according to SAS Institute. In the decades since then, work with AI has involved neural networks, machine learning and deep learning. Today the technology is a popular and prevalent tool many of us interact with daily – e.g., by utilizing digital assistants like Siri, Cortana, Alexa and Google Assistant.

As AI has evolved, it’s also become the focus of efforts to promote increased accessibility. In the article “AI and Accessibility,” the World Institute on Disability (WID) states that “AI has already brought many remarkable tools to disability access and inclusion; what has already been achieved illuminates the promise that AI can facilitate more accessible content for people with disabilities.”

The WID lists the following as examples of how AI can make a positive impact:

Some prominent tech companies have launched projects to harness the power of AI to empower people living with disabilities. Here are just a couple of examples:

Although AI has the power to make the world more accessible, many organizations have expressed concern that issues with privacy standards, ethics and biased data sets could prevent the technology from developing in an inclusive way, according to the WID. For instance, the data utilized for training AI-driven solutions might underrepresent people with disabilities and/or reflect historical biases.

Subsequently, the WID states that AI could be “a great threat” to inclusivity for those living with disabilities unless we require unbiased and diverse data sets and include people well-versed in accessibility in the creation of standards for AI.

At the end of the day, whether AI has a positive or negative impact on the world at large and the lives of people living with disabilities depends on the character of the people who create and wield it. With awareness of and the desire to eliminate bias in data as well as determination to improve accessibility, this increasingly widespread technology can unlock opportunities and enhance daily life for a significant portion of the population.

For more information about AI, feel free to reach out to our team of technology experts by calling 877-599-3999 or emailing sales@stratospherenetworks.com.