About » Blog » AWS Announces New Blockchain Products: Everything You Need to Know
December 6, 2018by dsparks

AWS Announces New Blockchain Products: Everything You Need to Know 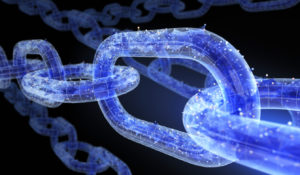 Bitcoin and other forms of cryptocurrency have generated a lot of buzz and gained popularity in recent years, and tech companies have taken notice. Earlier this year, for example, leading cloud computing company Salesforce announced it was working on a blockchain product. Now Amazon Web Services (AWS) has unveiled two new blockchain services.

In late November, AWS CEO Andy Jassy announced that his company is launching two distributed ledger services, Amazon Managed Blockchain and Amazon Quantum Ledger Database (QLDB), ZDNet reports. If you’re wondering what this means for the tech world and why AWS and other providers are interested in the blockchain space, here are the essential details you should know about blockchain and the new offerings from AWS.

What is blockchain? Whenever any type of currency changes hands, you need to keep track of the transaction somehow, typically by using a database. In the cryptocurrency world, a network of people maintains a decentralized (i.e., there’s no central authority, like a bank) record of transactions.

Groups of recent transactions regularly get bundled into “blocks” and added to the “chain,” so the overall record is called the blockchain, according to Blockgeeks Inc and a Guardian article by technology reporter Alex Hern. The blockchain lets everyone keep track of who owns what in the cryptocurrency world.

Although blockchain technology was created to keep track of Bitcoin transactions, some people have applied it in other scenarios, such as managing transaction records for traditional currency, according to the TechRepublic article “FAQ: What Amazon’s blockchain services mean for your business.”

Why would you use blockchain instead of a regular database? Blockchain is designed to be immune to fraud and tampering, according to TechRepublic. Every block has a cryptographic hash of the previous block in it. That means if someone wanted to steal by editing transactions, they couldn’t do so without editing every single block that came after it.

Who uses blockchain currently? How widespread is it? Although it’s generated plenty of buzz, blockchain is not very common yet. Only 1 percent of CIOs report any sort of blockchain adoption within their companies, according to Gartner’s 2018 CIO Survey. Additionally, only 8 percent of CIOs said they were doing short-term planning or actively experimenting with blockchain.

This differs from the type of blockchain people use in the realm of cryptocurrency due to the presence of a centralized authority. Because it still uses cryptographic hashing and there is technically not a universally accepted definition of blockchain, Amazon QLDB still counts as a blockchain service, TechRepublic explains.

Meanwhile, Amazon Managed Blockchain is” a fully managed service that allows you to set up and manage a scalable blockchain network with just a few clicks,” AWS explains. It uses the well-known open source framework Hyperledger Fabric. Ethereum will also be available soon.

If you’d like to learn more about AWS, Salesforce and other tech solution providers, our team has experience working with a wide range of IT products and can offer their insight and guidance. Connect with us today by calling 877-599-3999 or emailing sales@stratospherenetworks.com.