The Industrial Internet: What it is and How it Works 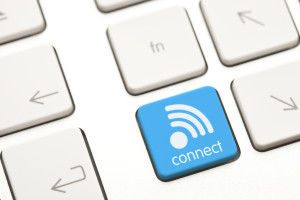 The Internet has certainly changed a lot since the early, noisy dial-up days. Today, people and professional organizations alike rely on it for everything from simple messaging to carrying out complex operations. Connectivity is greatly emphasized as well: It’s not uncommon that you visit a site or own a mobile device that encourages syncing to, say, your Facebook account. Well, that connectivity isn’t just limited to social networks. It’s also slowly integrating into everything else.

This is referred to as the Internet of Things (IoT) and essentially means non-traditional devices are connected to a network. This could range from a coffee maker to the central air/heating system of a home. However, the IoT doesn’t stop there, as it’s also melding with industrial practices. As a result, you have the Industrial Internet or the Industrial IoT.

Essentially the concept revolves around machine learning, which involves complex tasks getting accomplished thanks to software and network censors. You could also suggest this a step towards automation, though the difference is “thinking” independent machines versus a technological advancement. Think of, for instance, combine harvesters on a farmer’s field that operate without a driver. They accomplish this thanks to an intricate mix of both programming and connectivity, able to make decisions about where to move, how much to harvest, when to do it, and so on thanks to industrial Internet services.

This is mostly accomplished from the collection of bigger data pools. Analysis of processes can mean a lot of things, like quantity, time, search, storage, and sharing. All those aspects tie into big data, and from this collection of data comes the refinement of certain machine processes, like our harvester example. The goal, theoretically, is to create an efficient automated system that can learn from the sharing of information through connected networks.

Another practical example of learning machines is smart cars. While not mass marketed, smart cars have already been established and work from networks based on the industrial IoT. They’re able to make decisions in traffic, analyze the danger of roads, and properly reach their destination, all drawn from onboard software and collected information. This indicates that the Industrial Internet isn’t so much a notion of science fiction, but just around the corner of reality.

What does this mean for the future? While it’s still too early to say, a greater adopting of automated mechanical services will likely become commonplace. Manufacturing can rely on learning machines for precise accuracy during production, shipping costs can be reduced with smart vehicles, and a new industry platform can build from AI based systems.

The IoT, industrial and otherwise, is simply becoming a larger factor in day-to-day activities. As it becomes more secure and utilized, everything from coffee machines to entire factory production lines may yet have the IoT behind them. It’s mainly a question of time.